The Mystical Faces of Harry Clarke in Dingle 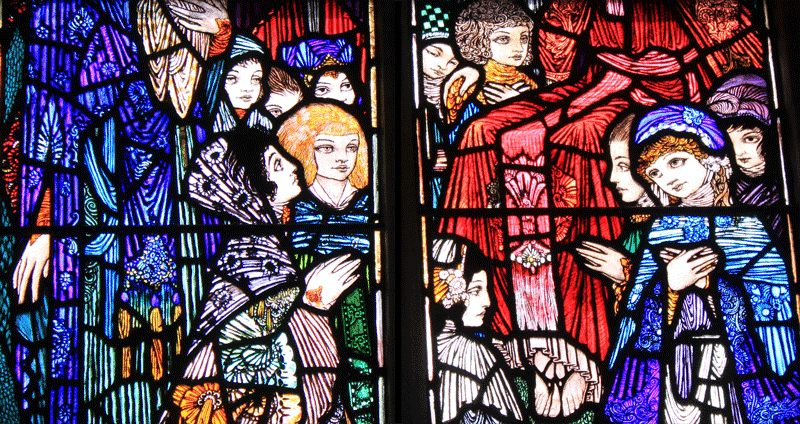 Harry Clarke,famous for his stunning stained glass windows scattered all over Ireland, crafted a series of windows depicting the life of Christ that now hang in an obscure chapel in Dingle. To see one Harry Clarke Window is a gift. To see twelve at once is an mystical experience.

The Dingle Peninsula in Ireland’s south west corner is a magical place.  Apart from the well-known sites like Slea Head, Gallarus Oratory, the mysterious Blasket Islands, bee hive huts, and Mount Brandon, the Harry Clarke windows in the Chapel of the Sacred Heart at the old convent of the Presentation Sisters are hidden jewels often undiscovered by the traveler who walks the streets of Dingle town. 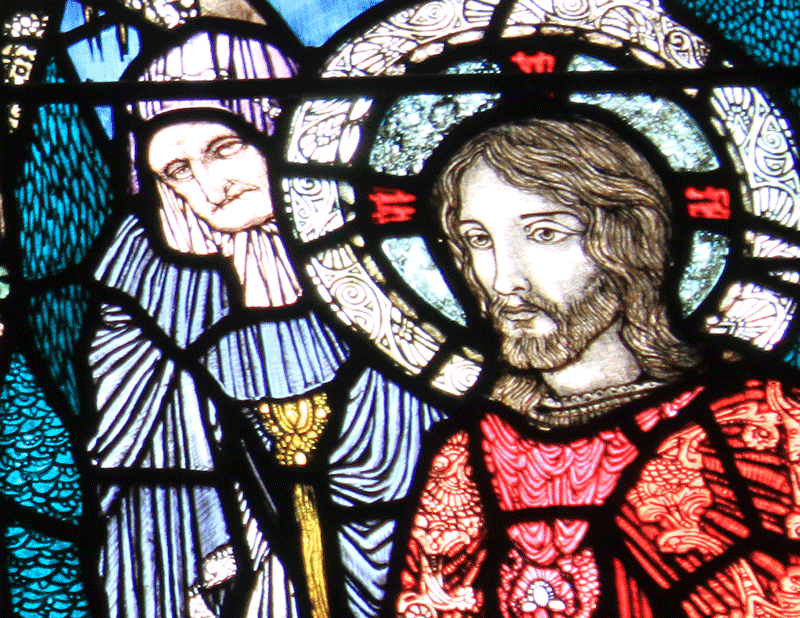 Perhaps it’s no wonder that Dingle – one of the thinnest places in Ireland – drew unto itself one of the largest collection of Harry Clarke windows installed in a single location. 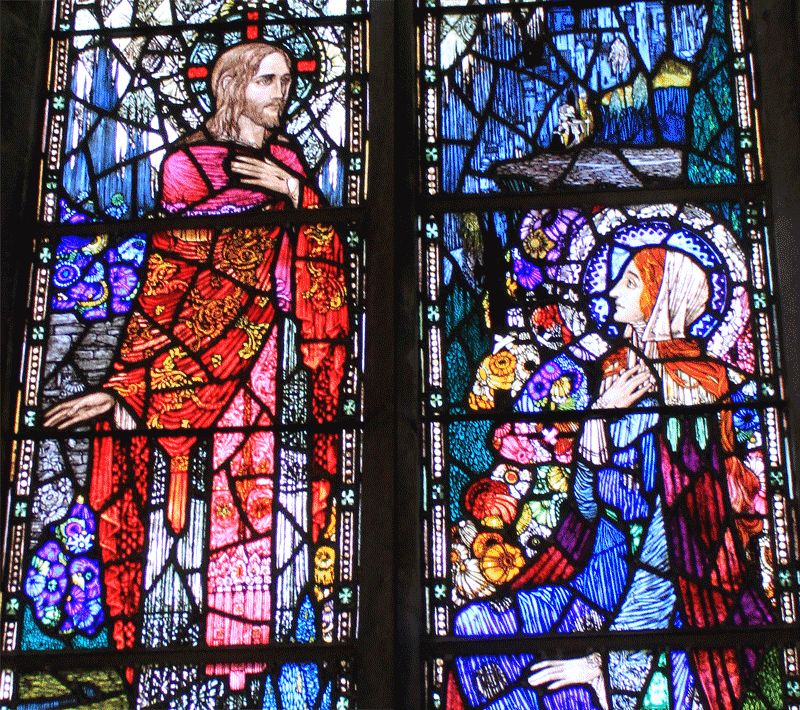 The windows are housed is a small chapel situated next to St. Mary’s Church on Green Street. Visitors can stop in the An Diseart Visitor Centre and ask for a guided tour, or contact the Centre ahead of time and secure a appointment to view the windows.  The young woman who conducted my personal tour explained that this was once a convent and the chapel was solely for the nuns.  They were the only beneficiaries of this magnificent art except for on rare occasions. 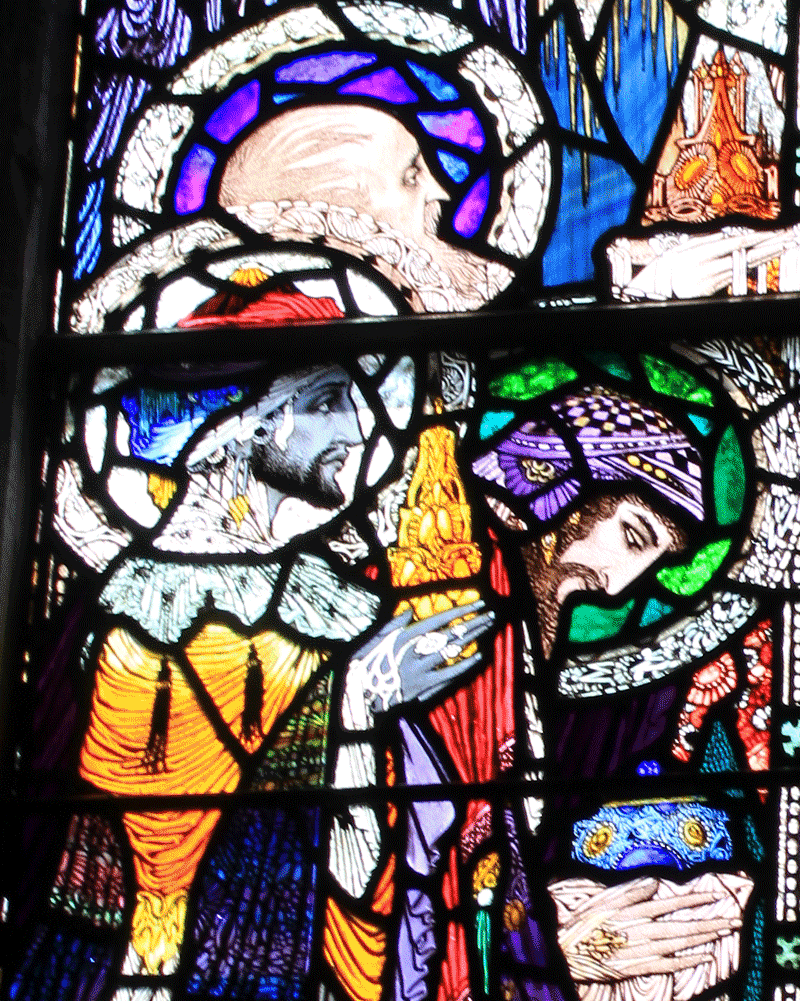 Harry Clarke was the son of a craftsman. He started working with stained glass under his father’s direction when he was in his teens. After he completed his education, Harry Clarke began his professional career as an illustrator. His illustrations adorned books of fairy tales by Hans Christian Andersen and Edgar Allen Poe. It was Clarke’s craftsmanship as an illustrator that set his stained glass windows apart from other famous stained glass artists. The detail to fine lines and his method for using lead to carefully outline his figures was unique. His use color, particularly his shades of blue, made his windows stand apart. 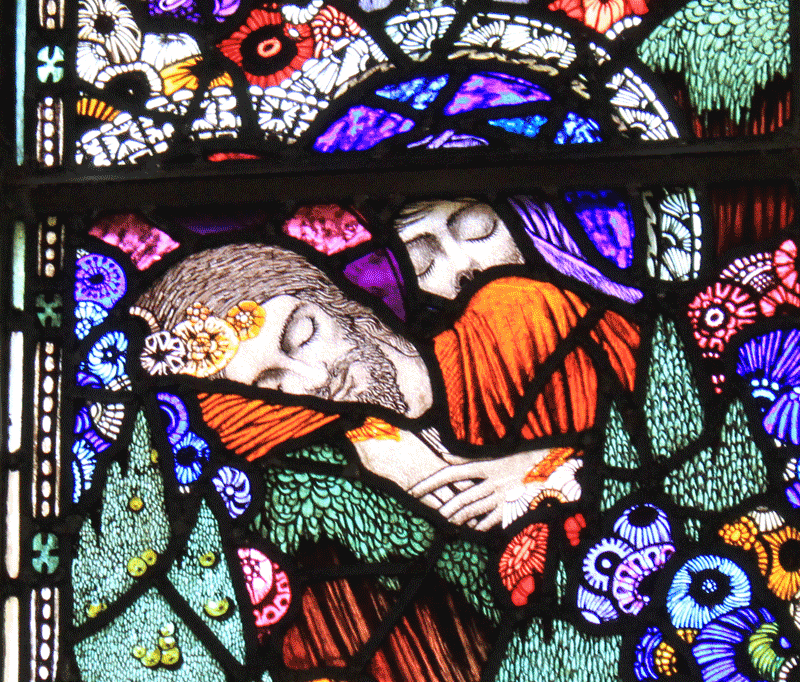 This little chapel next to the grand St. Mary’s Church houses twelve lancet stained glass windows by  Harry Clarke. Many churches in Ireland will claim one Harry Clarke window as an element to attract visitors.  (And viewing one window IS worth a visit anywhere).  But to have twelve all together in one spot is enough to take one’s breath away.  Each pair of double windows depicts one of six scenes from the life of Christ – Visit of the Magi, Baptism by John the Baptist, Suffer the Little Children, Sermon on the Mount, Agony in the Garden, and Christ’s Appearance to Mary Magdalene.

The Faces in the Chapel

The faces of Harry Clarke’s characters in theses windows draw the admirer into the work of art – connecting on a deep level. The eyes of the figures follow you as you move around the chapel, and the expressions on the faces are full of emotion. They haunt you after you leave. 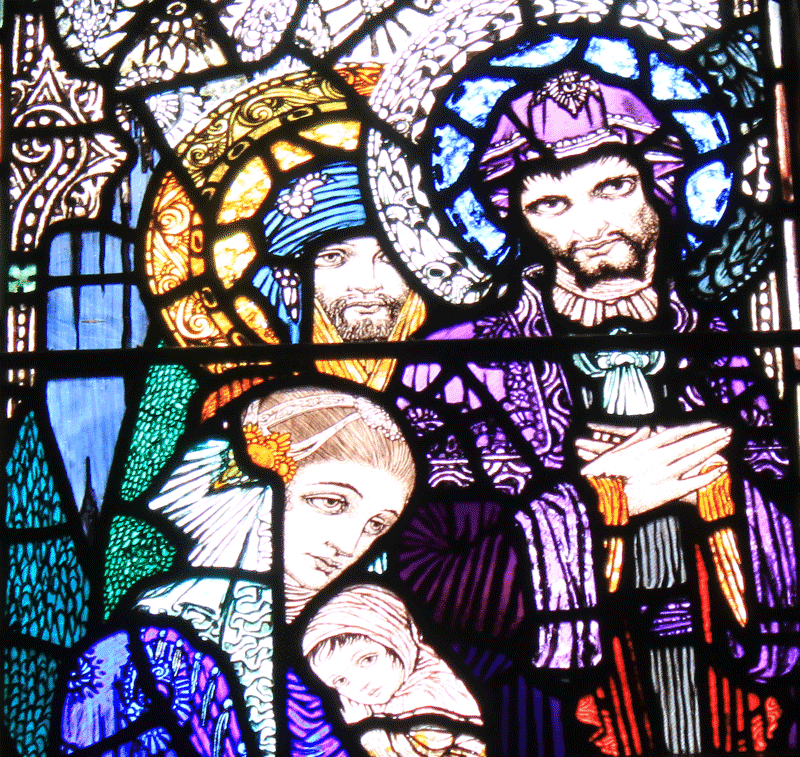 The series of windows transports the gazer … lifts the spirit into another realm. They stimulate the imagination.

In 1929, mystical writer George Russell (aka AE) wrote, “Harry Clarke is one of the strangest geniuses of his time … He might have incarnated from the dark side of the moon.”  ~The Irish Statesman

Viewing the Harry Clarke Windows at the Diseart Centre

If you’re in Dingle, ask about the Clarke windows.  Anyone can direct you to St. Mary’s Catholic Church. The former convent – now theAn Diseart Visitor Centre is next door. Only escorted tours are offered and the hours of operation for the Centre vary so call ahead and inquire about a guided a tour.

The tour takes about and hour and there are beautiful walled gardens as well as a hidden tunnel that can be explored with a guide. But make the chapel the last thing you see, because everything after that will be underwhelming.