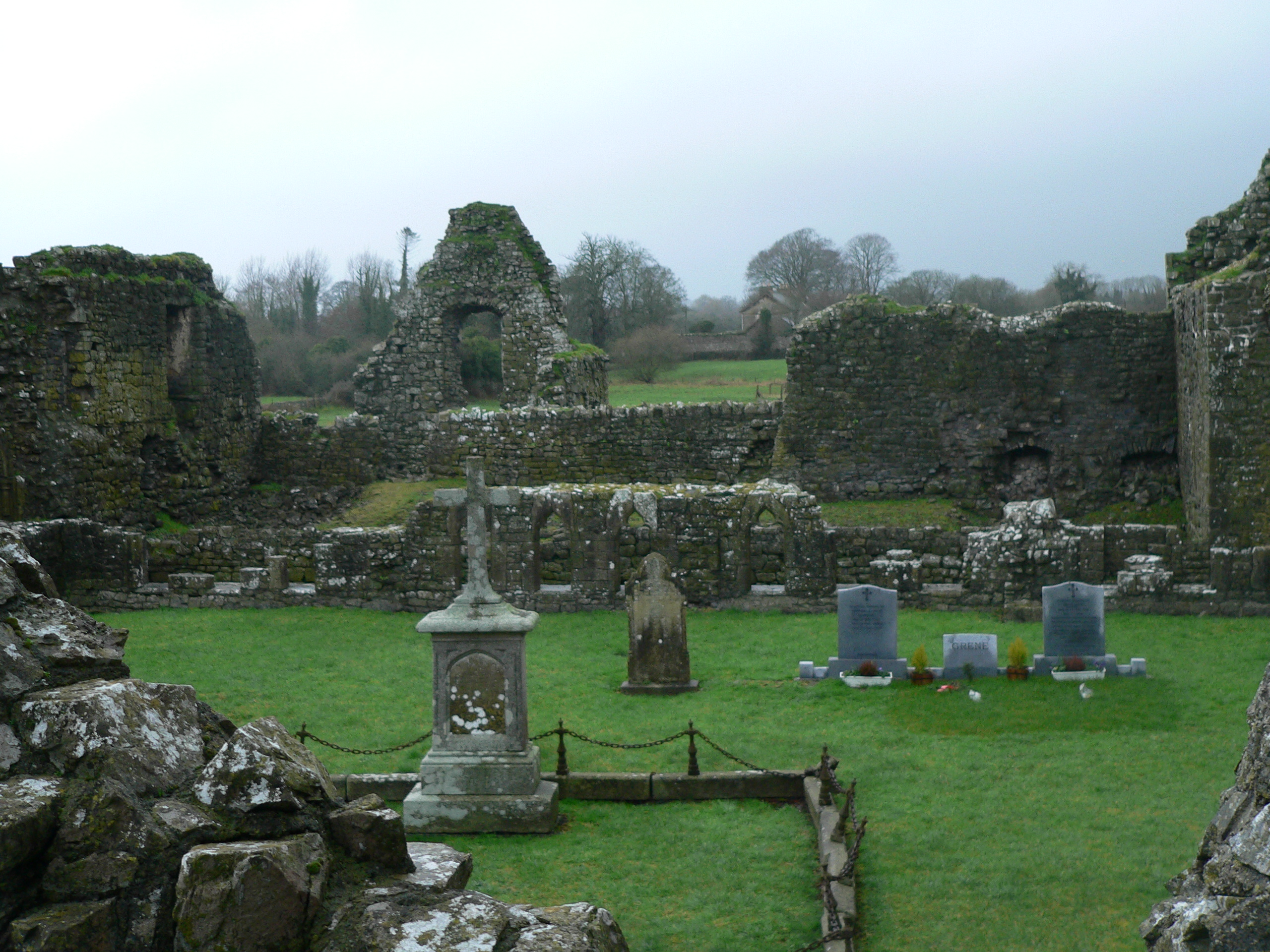 A few miles southwest of Cashel in County Tipperary lies the ruins of Athassel Priory, a 13th century monastery on about 4 acres of land.  The ruins are haunting when viewed from the road.  It’s a very thin place.

The Lonely Planet Guide to Ireland refers to Athassal Priory as “…the atmospheric – and deliciously creepy at dusk – ruins.”

The ruins are set in a large field one must access by climbing over a wall from the roadside (at least this was true the last time I was there).  It’s a massive ruin, but it’s interesting that Lonely planet called it “creepy.”

Athassel is one of the few places I have visited (and I’ve visited hundreds of monastery ruins) where I got an overwhelming sense of foreboding.  Can’t say why.  The place was beautiful but in this one spot I started to feel frightened, almost terrified.  I turned the corner and saw this statue carved out of the ruined wall – St. Joseph and the boy Jesus… but Jesus’ head was removed.  I moved away from that section and continued through the ruin.  The intense fear subsided, but felt like I was being watched the whole time. 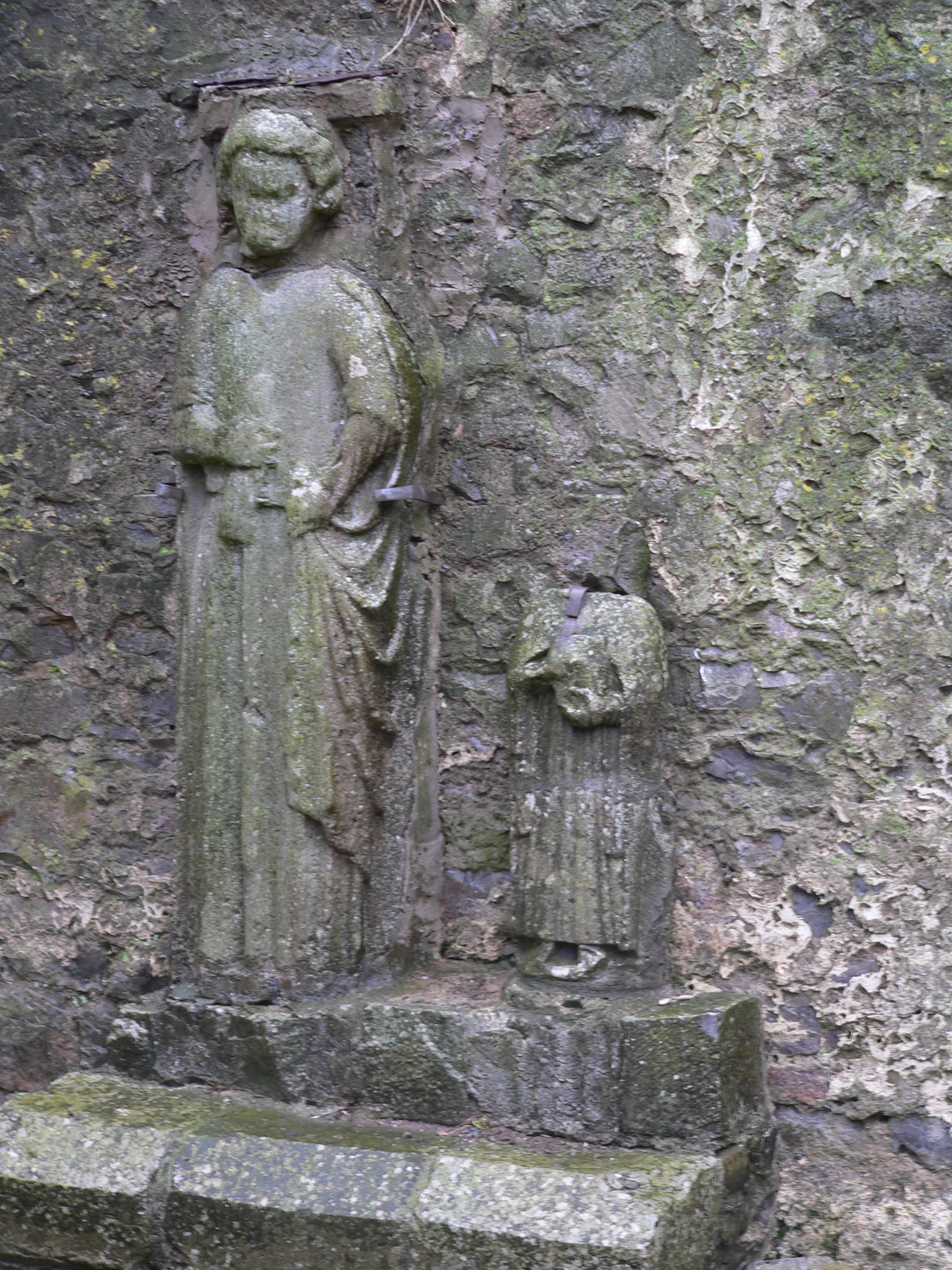 St. Joseph and the boy Jesus

The original buildings date back to 1205, and was founded by the Augustinians.  Later it was occupied by the Cistercians. It’s original size alone denotes that it was a source of great wealth and a significant monastery in Ireland and it would have been surrounded by a large town – none of which remains.  Still surviving within the ruin are an arched stone bridge approaching a portcullis gateway and gatehouse. 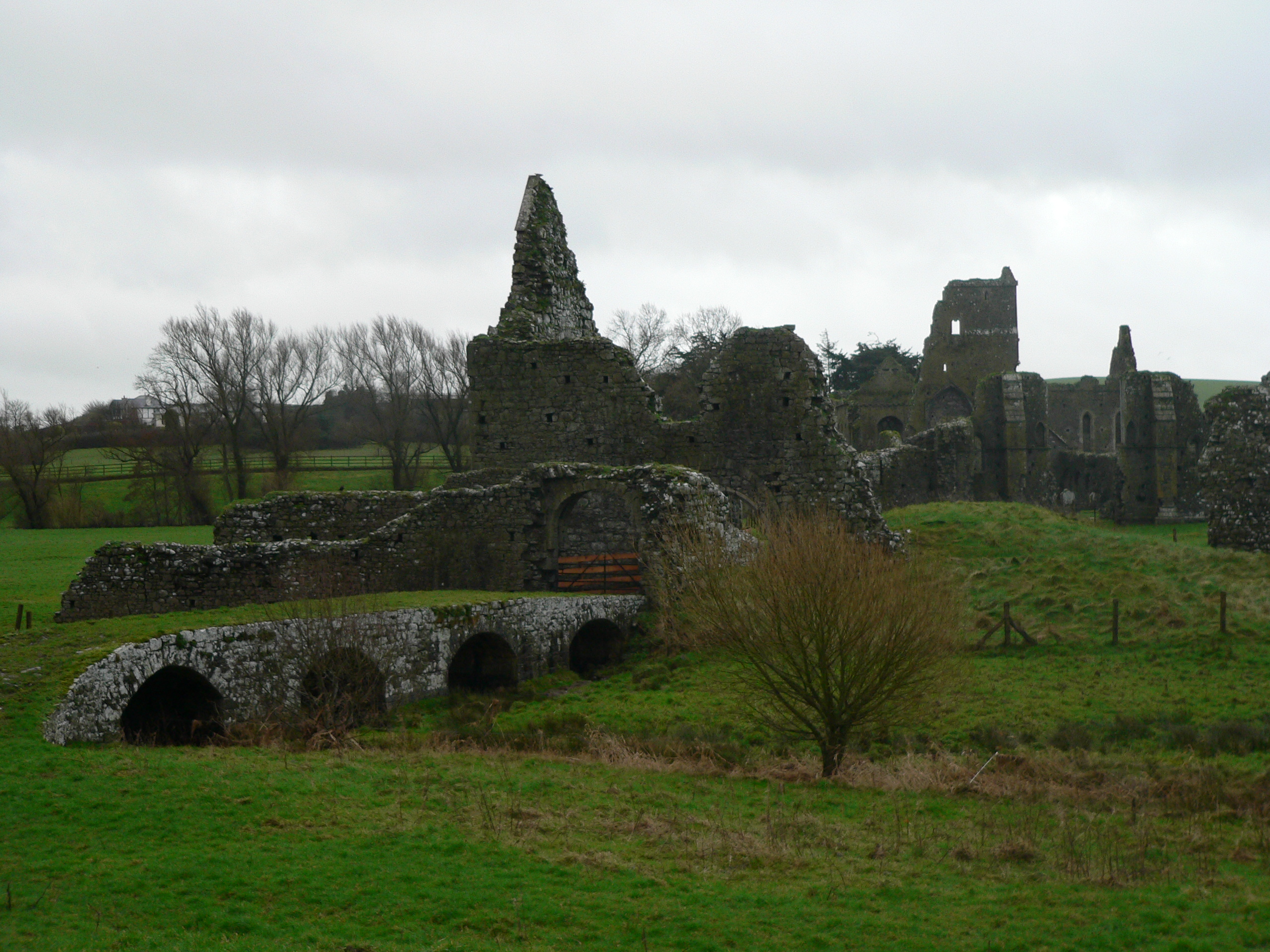 It’s easy to lose track of time at Athassel.  One could wander for hours.   The priory is a stop on our Thin Places Mystical Tour of Ireland scheduled for May 2011.  Interested in attending?  Check out the itinerary and book your spot.